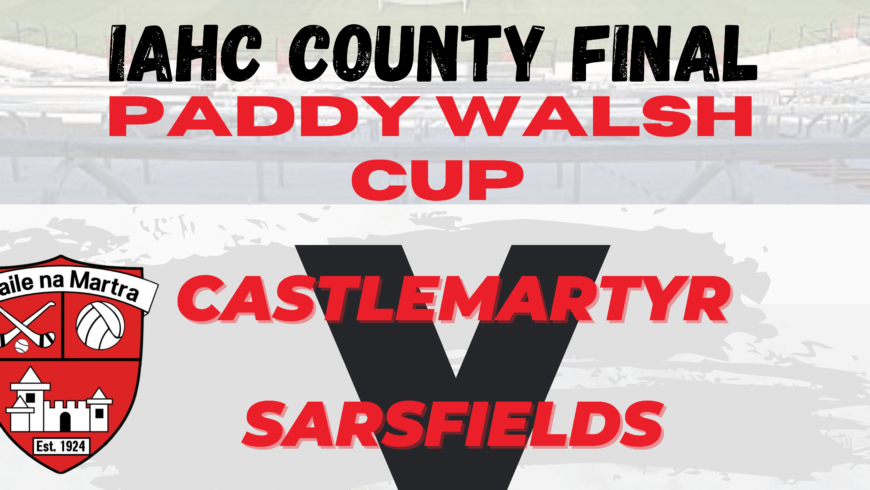 All roads lead to Páirc Uí Chaoimh on Saturday 20th November for a 2nd County Final in a calendar year!!  Our Intermediates vie to bring home the Paddy Walsh Cup and bidding for further glory and back-to-back promotion three months after winning the delayed 2020  Lower Intermediate title.

Tickets are only available online and not at the gate, can get your tickets Here! Note, Juvenile / U16 are free and do not require a ticket

For those who may not have known Paddy Walsh he was a native of Castlemartyr and gave great service to the GAA over many years until his death in 2001. Our GAA grounds are named in his honour. He played with Mogeely and Castlemartyr for many years and, in fact, in 1952, he captained Mogeely in an East Cork final against Castlemartyr. He also went on to represent Imokilly at County Championship level.

But it was an administrator that Paddy became best known, not only at local level, but throughout the county. He occupied very position in the club during his days, from Club President, Club Chairman for many years, field administrator, selector, team manager, East-Cork Board delegate, County Board delegate, developer of dressing rooms, guardian of the fields, pursuer of players, in fact, every job, no matter how difficult that was needed to be done to keep a small rural club simply afloat and also, at times, unbelievably successful.

We wish our Hurlers the very best on Saturday, please come out and support!! 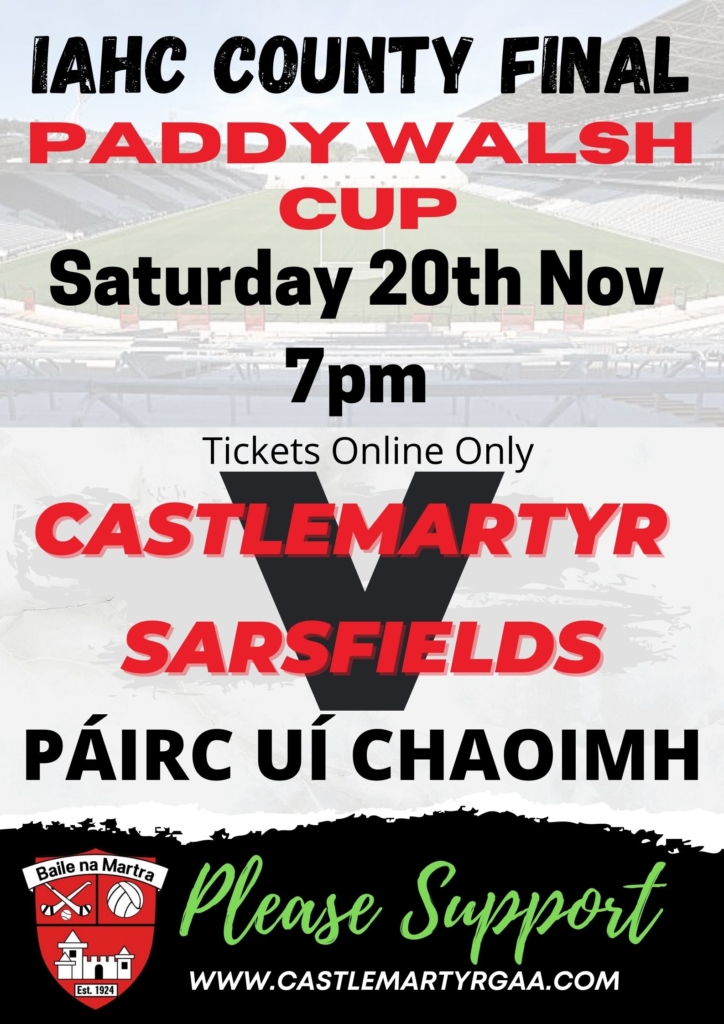